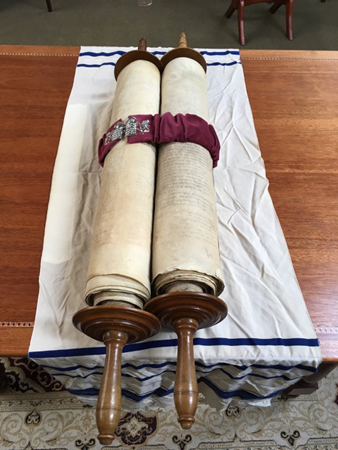 After the War, a devout band of Prague Jews searched the area to assemble remains and brought them to the Central Jewish Museum in Prague.

“Here they labored under appalling conditions to preserve these remnants of Jewish life, including saved Torah scrolls. They intended for the results of their work to be protected until one day they could be returned to their original sites, but the Czech Jewish community after the war was too depleted to be able to do so. They did prepare a catalogue of the collection which was then housed in what became the Jewish Museum of Prague. London Jews were able to purchase 1,564 Torah scrolls from the Communist government and took them back into Jewish hands at the Westminster Synagogue in London.”

For more fascinating information about the Czech Torahs, see: https://memorialscrollstrust.org/index.php/czech-scrolls-museum/the-scrolls 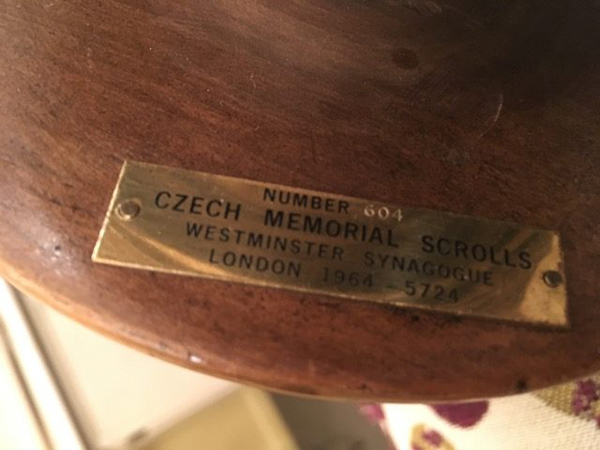